Unionized workers are 60 percent more likely to have employer-provided pensions.

More than 79 percent of union workers have jobs that provide health insurance benefits, but less than half of nonunion workers do. Unions help employers create a more stable, productive workforce—where workers have a say in improving their jobs.

Unions help bring workers out of poverty and into the middle class. In fact, in states where workers don’t have union rights, workers’ incomes are lower. 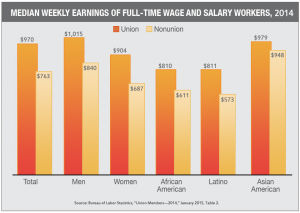 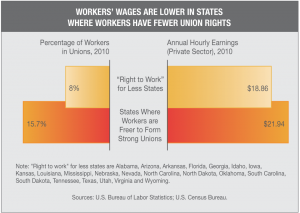 Permanent link to this article: http://iamdistrict5.org/union-advantage/